It’s been said a lot, but it is true:  “Christianity is not a religion; it’s a relationship.”  And it is because our God’s main concern is having a close relationship with us, it is for this reason, that He gave me “The Black Crows dream.”

In the dream I was looking up into the sky at a large white sail that was being carried by half a dozen crows.  As I continued to watch them fly away, I realized that they were not carrying a sail, but a robe.  It was my own white robe that the crows were taking away from me.  I looked on, bothered by this fact, and meanwhile I was chewing a piece of raw meat.  I just stood there, watching and chewing.  I was not able to swallow the meat; it was impossible to swallow.

Upon waking, I deduced that since the crows had taken my “robe of righteousness” (Isaiah 61:10) it must be that God was clarifying His disappointment with me, and telling me that I had become unrighteous.

During this time, I was listening to the “Spiritual Warfare” series produced by Living God Ministries, and thanks to the truth presented through these messages, God began to show me that the dream was actually a really clever way of teaching me about Law versus Grace, the lie versus the truth.

God saw that I was in danger of believing the devil’s lie, so he chose to “wake me up” through a dream.

He used this dream to show me what NOT to believe; to reject the lie that my sin makes me unrighteous. . . . Because believing that lie prevents me from being able to eat “the meat” of the Scriptures.

God is amazing!  And so personal!  He knew exactly what I needed to hear.

The interpretation that God gave me is this:

Satan is a liar who wants me to believe that I can lose my righteousness.  The devil condemns me, accuses me, and gets me to think that my inability to overcome certain sins makes me unworthy and unholy.  Satan wants me to believe that he has the legal right to remove my ‘robe of righteousness’ (he uses his minions, his demons, represented by the crows, to accomplish this task.)  And as long as I believe the devil’s lies, I cannot swallow the meat of the Scripture.  I will not grow in grace and in the knowledge of Jesus Christ.  My Christian life will be stunted and stagnant, as I remain a baby, one who can only drink milk.

I then memorialized what He taught me by writing this poem in my journal:

But on second look, it was a cloak.

A robe.  A symbol of my righteousness.

They were stealing it, taking it, flying away.

But it was not theirs to take.

I was watching it happen while eating the meat

that had become inedible.

The theft was induced,

By iniquity and shame.

The theft was produced,

And I granted their gain.

My enemy is skilled with thievery and lies,

I doubted not the black crows’ rights.

Yet robbers they were.  I began to see,

That the white cloak remained on me.

Our God wants to have a close relationship with us, and He wants us to trust in the fact that He has completely forgiven us of all our sins – our transgressions have been removed as far as the east is from the west.

The images in dreams are often symbols or types, so if you think He has given you a dream, ask Him for the interpretation, and He just may tell you what all the symbols mean!

For me, the meaning of the dream was all about His acceptance of me.  He not only loves me, but He accepts me and relates to me in the midst of my sinful condition.  . . . Because of the fact that Jesus finished the work 2,000 years ago. 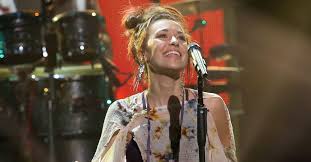