For in it the righteousness of God is revealed from faith to faith; as it is written, “BUT THE RIGHTEOUS man SHALL LIVE BY FAITH.” (Romans 1:17, NASB)

I have been walking down this new path of freedom for 12 years, and my friend has been walking it for just a few, yet we are both learning the same thing . . . because the learning never ends.  And in 20 or 40 years, I will still be learning to trust in the Lord – because He is infinite and I am depraved.  While I remain on this cursed earth, I will grow to trust Him more and more as I experience the difficulties of life .

My friend and I began this texting discussion after both listening to a radio program by Aaron Budjen on “Living by Faith.”  In his message, Aaron talks about Romans 1:17 and the quote from Habakkuk that says that the righteous man will live by faith.

“Behold, as for the proud one, His soul is not right within him; But the righteous will live by his faith.” (Habbakkuk 2:4)

I looked to and trusted in religion which is really just an aspect of the knowledge of good and evil. (The Lord God said not to eat from the tree of the knowledge of good and evil, but we did, so the tree is a part of this world that we live in, it’s a part of this fallen world.)  Although I was not necessarily doing evil, I actually was, because Jesus said there is only One who is good.  He alone, God, is the only One who is good.  Other than Him, there is none good.

So even though we try to live according to the knowledge of what is good, it ends up being a life of evil, because our motives are wrong.  Our “good deeds” are often attempts to earn the acceptance of others, to earn the acceptance of God.  We try to remain in a relationship with God by doing good works, repenting of our sin, asking God to forgive us, and then being firmly devoted to living a life of obedience . . . but all of that is a life of vanity and emptiness.

Being set free from such a life by discovering that I am a forgiven person, started me down a path that will never end.  As long as I am in the flesh, I will always be discovering and anticipating and growing. Learning every day what it means to live by faith.

Were you baptized as an infant? As an adult? Are you trusting in your baptism as a means of salvation?

Do you know why the 1st century Jewish leaders were furious with John the Baptist? Did you know that baptism originated with Orthodox Judaism? . . .

To explore the subject of Baptism, please click the link below and check out these audio messages from Living God Ministries! 😊👍🏼✅

Those audio messages say it all, so I’ll just close by saying that salvation is by faith alone. It’s has nothing to do with taking a bath or getting wet.

For by grace you have been saved through faith, and that not of yourselves; it is the gift of God. (Ephesians 2:8, NKJV) 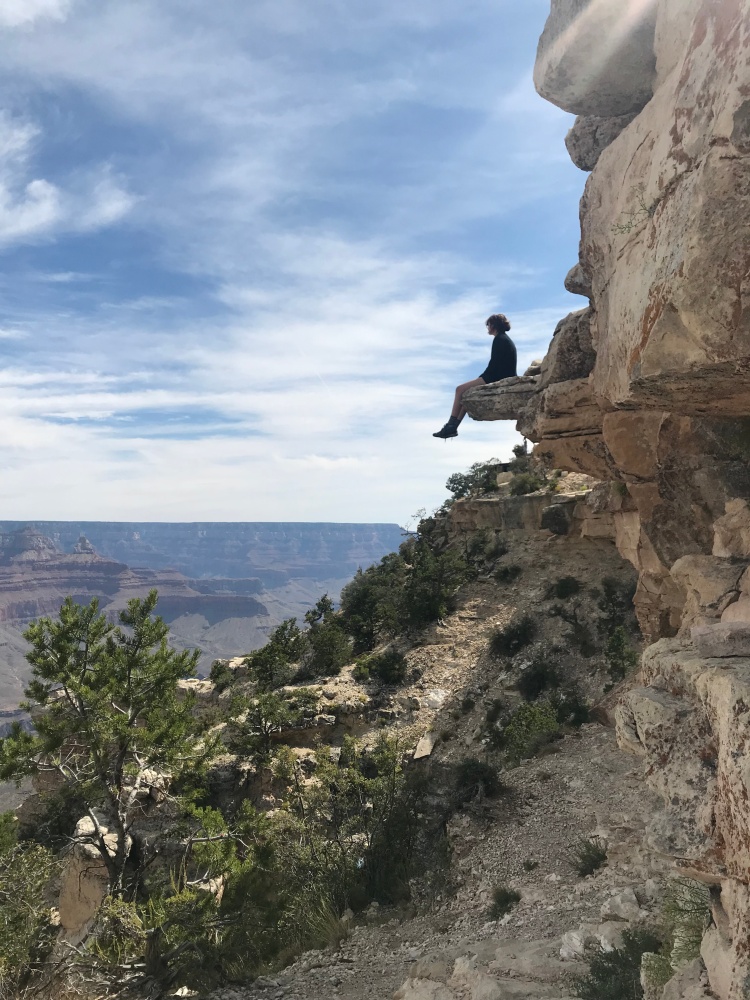 Where do we come from?  What is the meaning of life?  What is our purpose on this earth?

I believe that all of those important questions can be answered in the book of Genesis, chapters 1, 2 and 3! 😁

God created man in His own image, in the image of God He created him; male and female He created them. (Genesis 1:27)

In Genesis 1:27 the Hebrew word for “created” is bara’.  Bara’ is only used three times in Genesis chapter 1.  An act of bara’ creation is supernatural, it occurs when God creates something out of nothing, something brand new, something that has never existed before.

Making the physical bodies of Adam and Eve was an act of asah creation; He made their bodies with pre-existing materials:  the matter, the elements, He had bara’ created in verse 1.

So, what was the act of bara’creation in verse 27?  Genesis 2 sheds some light on the matter.

Then the LORD God formed man of dust from the ground, and breathed into his nostrils the breath of life; and man became a living being. (Genesis 2:7)

God bara’ created Adam and Eve to contain the breath of life.  And what does the original Hebrew language reveal about the breath of life?  Well, I am no Hebrew scholar, but my pastor is, and he has carefully studied the book of Genesis in its original language.

When God created Adam and Eve, He created them in His image, but He created them to be spiritually alive.  He breathed within them the breath of life, and they became a living being.  The construction for those words “the breath of life” is the Nishmat chaim; which is a specific construction for the very Holy Spirit of God. (Aaron Budjen; November 16, 2008; By Grace Fellowship)

Apparently, this is a controversial issue.  Perhaps it is because many Christians have not been introduced to the concept.  The quote above is by Aaron Budjen, and I am writing this blog to introduce you to him, a fellow brother, a friend of my family, and our pastor.

Aaron is a well-known expert in Hebrew grammar throughout Orthodox Jewish Synagogues from CA to NY, he was a teacher of Hebrew for seven years, and a consultant to professors of Biblical Hebrew.  Aaron got saved while studying to become a Rabbi, and is the pastor of By Grace Fellowship in Denver, CO.  Aaron is also the founder of the radio broadcast ministry, Living God Ministries, and can be heard on AM radio across the USA.

Again, I don’t want you to take my word for it; so please listen to Aaron.  In the following portion of a message he gave at By Grace Fellowship (transcribed from an audio recording), Aaron explains the correct meaning of the “breath of life.”

Colossians chapter 1 verse 18, “And He is the head of the body, the church, who is the beginning, the firstborn from the dead, that in all things He may have the preeminence.”

When you look at them you think, “Gosh, there seems to be a lot of life in them.  They’re crying; they need their diapers changed; they need a bottle, stuff like that,” and you think, “Well, gosh, they seem to be perfectly alive to me?” And in that sense, they certainly are; they are very much physically alive, but they are spiritually dead. And what that means is that they do not have life.

When you keep reading there is a similar passage that talks about the breath of life that was breathed within animals, but it is a different construction, it’s just ever so subtle, but it’s different enough to be able to distinguish between the pneumatic life, from a Greek point of view – that which gives a person the ability to walk and talk and breath – from the spiritual life which is the very life of the indwelling Creator.  When He gave the commandment that in the day that you eat from the wrong tree you will die, He was referring to the life that He had breathed within them that they would lose.

Now, if you don’t understand this, you might as well just pack up and go.  It’s just over.  It really is.  You may believe that there is a God somewhere out there.  Fine.  You may have a new way of living.  That’s ok. But in terms of knowing your God, if you don’t understand the nature of the problem, then when the solution is presented it is not going to have any meaning at all.  And in terms of growth, and your life in Christ, it’s not going to mean anything because you’re still going to be dead.  Okay?

So understand that the original creation was such that God had breathed within Adam and Eve the breath of life, which was His very Spirit within them.  And then in accordance with the law of sin and death, when they violated the law and ate from the wrong tree, that life was withdrawn from within them and they became spiritually dead.  They were once spiritually alive, and then they became spiritually dead.  And all of those who had been born in Adam and Eve subsequently from that point were born spiritually dead in the image of Adam, not in the image of God.  That’s the bad news.

And it’s important to understand the bad news. It’s like mathematics, if you don’t understand that the question is 2+2 it’s not going to make much of a difference if you hear the word “four.”   I can go walking around saying “Four! Four!”  People are wondering, “What does that mean?  I don’t know that it’s the answer to 2+2.” Well, it’s the same thing when we go around saying, “Jesus is the answer!  Jesus is the answer!”  And people are wondering, “What’s the question?  The answer to what?”  And we say, “To everything!”  Well, that doesn’t mean anything.  These things have to be clearly defined, otherwise there’s going to be this gap that kind of exists, and people are just kind of floating around wondering what’s missing.

What is generally missing is just the fundamentals of the gospel.  Just to understand that we are born into this world spiritually dead.  The Lord Jesus forgave all of our sins, so that there is no sin being held against us.  That deals with the issue that caused death to begin with; it was sin that caused death:  the wages of sin is death.  He dealt with that.  But that doesn’t solve the problem.  I mean, that was an important problem, but the real problem was that we were spiritually dead.  We did not have His life indwelling within us.  So He rose from the dead so that He could offer to us the life that had been lost in Adam.  And that is the Holy Spirit; the Spirit of God is now being offered as a free gift, defined as “the life of God,” the free gift of life.  (end of quotation.)

* Note: I asked Aaron for the correct spelling of  “the breath of life” from Genesis 2:7; I had come up with Nĕshamah chay from blueletterbible.com.  Aaron replied,  “The best transliteration I can think of is, nishmat chaim.  What you found is a transliteration of the root words, not the derivations that you would read in the text.” (email, 10/29/15)